So, how does one trace the "shadowy" figure of Stefan Halper?

Should we begin with Leslie H. Gelb's, July 7, 1983 article Reagan Aides Describe Operation to Gather Inside Data on Carter in the New York Times?

Or, the more recent exposés in the New York Times (NYT - F.B.I. Used Informant to Investigate Russia Ties to Campaign, Not to Spy, as Trump Claims) and Washington Post (WaPo - Secret FBI source for Russian investigation met with three Trump advisers during campaign - turn off your ad blocker)?

Glenn Greenwald in a follow-up story in The Intercept to the NYT and WaPo "revelations" suggests (as if we didn't already know it) that something is fishy in D. C. - see story (and read the comments) here.

And, for even more information (in other words, "follow the money"), read Tyler Durden's story (and the comments) on ZeroHedge - also here.

Now, tell me whether or not your experience was a little like mine, in that the only thing I could think of after kludging through the readings and comments was a picture of a young mother hanging out of the broken window of a Southwest jet going 500 MPH - a real "headbanger" to be certain . . . . 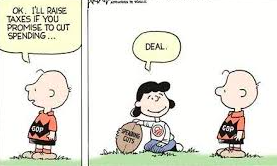 More and more often now I have the feeling that Pontius Pilate had the right question - "What is truth?"